Pool - stage one the dig & framing

Marking out the pool dimensions and location on site was fun. A few hours with our pool BC was really helpful, so much so we changed the layout of the steps completely. He has 4 kids and thought the design was bad and unsafe, the sales guy and him need to team up I think. So instead of having a swim up ledge all the way along the pool we moved it to just one end and steps were to be triangles not squared as this will avoid cuts, injuries and things that i need want to think about. Great advice.

Suddenly things just didn't seem right when I was thinking about the steps and location against the fence. I tossed and turned all night long on Thrs and on Friday when they started digging I suddenly needed to move the shallow end to the other end and deep end against the fence. It was an 11th hour change of mind and TOTALLY stressful. I called the BC and he talked me out of changing, but 5mins later I call him back and changed it. Ahhh the guy was digging it and managed just in time to alter the deep and shallow ends, it was mentally exhausting but so glad I followed my instincts and changed it.
Now our pool will look like the pic on the right instead of left, will probably put in 2 pool gates instead of just one and make left pool fence a bit further to left: 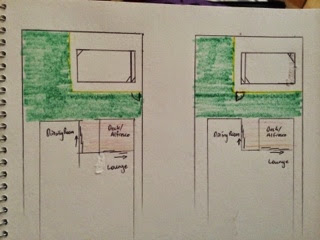 Depth of pool 1.2-1.8-1.4
Dimensions 4x7m
The Integrated Pool team worked over the weekend including Sunday to get all the steel framing done in time for the concrete pour/spray on Wednesday (today). The plumbers then came and installed the skimmer box and other pipes they needed to do. Later today I will visit the site and see our future pool complete. 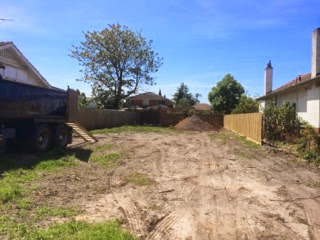 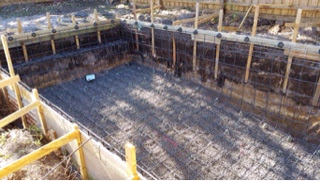 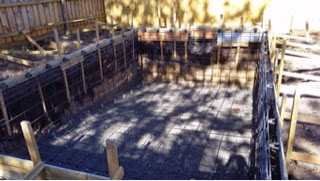 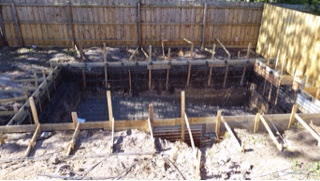 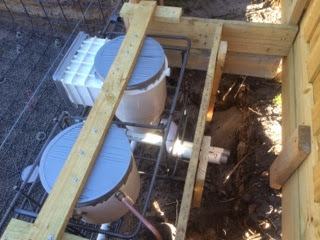 Unsure what copper pipes for, will have to ask later.
Posted by Bindy at 11:13

Email ThisBlogThis!Share to TwitterShare to FacebookShare to Pinterest
Labels: Pool